New Year's in the Pyrenees

After spending Christmas in Madrid, my family and I headed to the Pyrenees in Northeast Spain (Catalonia) to spend the New Year holiday with my two host families from Barcelona. In a mere six-hour drive, I witnessed the landscape transform from flat plains into majestic mountains, and from dry land to a snowy white wonderland.

New Year's Eve / Nochevieja
We celebrated New Year’s Eve at my host family’s home in a small village perched high in the picturesque village of Vilac. I was particularly excited for this New Year's Eve because I would partake in the Spanish grape eating tradition at midnight. New York may have its ball dropping, but Spaniards have their grape popping!

We had a long and delicious New Year’s feast that concluded with every possible Spanish sweet you could imagine. Finally, as midnight approached, we gathered around the television to watch the live countdown from Puerta del Sol in Madrid. We were all given a dish with 12 grapes, and I quickly de-pitted them for quicker consumption. Excitement flourished as we awaited the first stroke of midnight. But when the clock struck midnight, no one screamed or kissed, we just started popping one grape at a time in our mouths at each stroke of midnight until our cheeks were stuffed full. The legend claims that if one succeeds, he or she will be blessed with good luck for the year. It looks like my good fortune will continue! Once the 12-second ritual was over, we all screamed, toasted, and kissed to celebrate the arrival of 2018!


Skiing
This past summer I hiked on these mountains, but now found the same slopes I had climbed by foot only five months earlier had been transformed for downhill skiing.

Baqueira/Beret is a large and beautiful ski resort that my host family knew well, and they took me to all the best runs. Though I use the term “run” quite freely because most of the skiing takes place above timberline, so trails are not neatly designated areas lined by trees on either side. Instead, I found myself free to ski great distances in any direction on open space. It was completely liberating and so fun, that is, until it started snowing, and without any landmarks, everything looked white.

European food and charm
We stayed in the adorable village of Viehla in the center of a Val d’Aran, a long narrow valley with mountain sides jetting up to the sky. Because this valley was cut off from neighboring areas during the winter season for centuries, they developed their own dialect called Aranese. Consequently, I heard Spanish, Catalan and Aranese spoken throughout my stay. Only in 1948 was the five kilometers-long Viehla tunnel built, finally providing access to the outside world for this secluded valley.

Viehla is quaint and has old-world charm with old wooden bridges crossing the rushing waters of several brooks. San Miquèu church in the village square was constructed in the 7th and 8th centuries. We enjoyed authentic mountain cuisine of raclette and fondue, and discovered a local speciality called calçotadas, which consist of grilled calçots (long onions resembling leeks). The eating of calçots is a ritual. First, we were given large bibs and plastic gloves to wear. Then we pulled off the blackened outer layer of the calçots to dip in romesco sauce. Next, we lifted the leek above our tilted heads to eat the bottom white bulb - délicioso! It’s a messy, yet fun affair that made our ski vacation even more endearing. 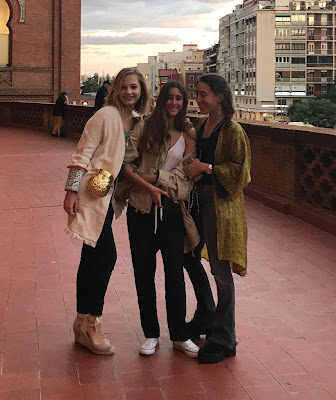 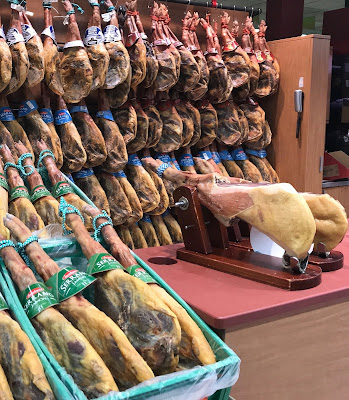